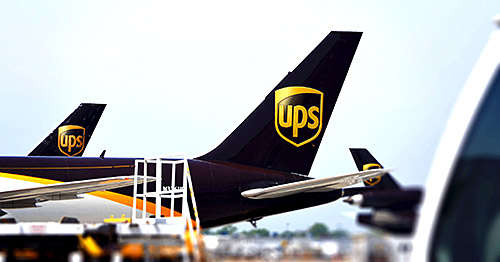 When it comes to flying people and products, few if any states have the reach that Kentucky does.

Legislators got a better view of that work earlier this month, when officials representing Louisville’s, Lexington’s and Northern Kentucky’s airports updated the General Assembly’s Transportation Committee about what is taking place at their sprawling facilities.

At Louisville’s Muhammad Ali International Airport, UPS now has the largest automated package-sorting facility in the world, with 155 miles of conveyor belts capable of handling more than two million packages a day.  Only four airports around the globe ship more.

At the Cincinnati/Northern Kentucky International Airport, meanwhile, Amazon debuted its $1.5 billion hub project in August, and its neighbor, DHL Express, announced this summer that it was adding 1,100 jobs at its own hub, which will be a 25 percent increase in its workforce.  Five years ago, DHL wrapped up more than $100 million in upgrades.

Those airports and Lexington’s Blue Grass Airport – which celebrated 75 years of commercial flights on Wednesday – are investing heavily in their own operations, with the three spending more than a half-billion dollars on various renovations during the next several years.

As it has with airports around the world, COVID-19 continues to have an outsized impact on the number of people flying.  In October 2019, the three airports had 680,000 people flowing through their terminals, but that dropped to fewer than 29,000 in April 2020, their worst month by far.  This past July, however, was their busiest month since that low-water mark, with numbers approaching 600,000.

While our cargo capacity gets most of the headlines when it comes to aerospace, Kentucky has also become a major player in manufacturing the parts that help get the planes in the air.

We have nearly 80 companies dedicated to this industry, and they employ almost 20,000 people.  In 2019, they shipped more than $14 billion worth of parts to countries around the world, while was nearly half of our entire export market.

At the collegiate level, two of Kentucky’s postsecondary schools have a prominent profile in the field.  Morehead State University is one of just a handful of colleges in the country to offer a major in space system engineering – its students have flown seven small satellite missions, with plans for more – and Eastern Kentucky University has the commonwealth’s only four-year program training tomorrow’s pilots and airport managers.  It’s expecting to have 400 students enrolled by next fall.

Beyond this work, Kentucky can claim several pioneers who had a profound impact on aviation and space exploration.  Lee Atwood, a Boone County native, helped engineer many of the aircraft that proved pivotal during WWII and oversaw the Apollo program that put the first humans on the moon.

Solomon Lee Van Meter Jr., who was born in Fayette County, developed the backpack parachute in 1916; and astronaut Story Musgrave, who calls Lexington his hometown, is the only person to fly on all five space shuttles and was at one time the oldest person ever in orbit.  That title now belongs to 90-year-old William Shatner, the actor who rocketed into space this past week and who once had a home in Central Kentucky.

As much as we have accomplished when it comes to aerospace, there’s reason to believe even better days are ahead, since companies relying heavily on e-commerce are taking advantage of what our logistics systems have to offer.  In that sense, the sky truly is the limit for what our future holds.

If you have thoughts or questions about this or other issues affecting Kentucky, please let me know.  You can reach me by email at Nima.Kulkarni@lrc.ky.gov, and the toll-free message line for all state legislators is 1-800-372-7181. 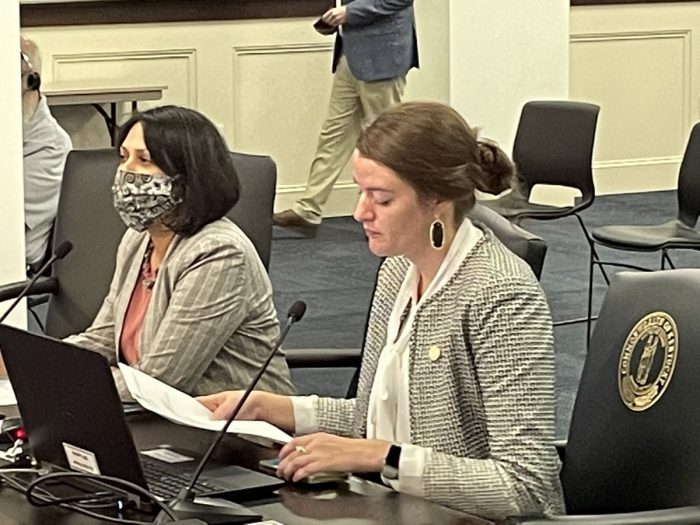 October is Domestic Violence Awareness Month. As I have done each year since 2019, I will be prefiling legislation this month that that would extend unemployment insurance benefits to victims of intimate-partner violence, stalking and sexual assault. I presented this legislation, with my co-sponsor Rep. Samara Heavrin, to the Interim Joint Committee on Economic Development and Workforce Investment last month. The bill provides a much-needed lifeline for those who are either fired or are forced to leave their job as a result of this abuse. I am encouraged by positive bipartisan response this bill has received, and hopeful that it becomes law during the 2022 legislative session.

Nationally, intimate partner abuse impacts 1 in 4 women, and1 in 9 men in their lifetime. In Kentucky, that number rises to 1 in 3 women and 1 in 8 men per year.

Nearly 1 in 2 women and 1 in 5 men experience sexual violence in their lives.

These numbers are stark reminders of the urgent and desperate situation many Kentuckians find themselves in, and multiple studies have shown that unemployment is often related to domestic violence in a relationship.

Kentucky has been a leader when it comes to legislation that seeks to prevent domestic, dating, sexual, and stalking violence. In 1976, the General Assembly took a major step forward in trying to limit intimate-partner violence, when it passed a law requiring the public to report any known or suspected cases of adult abuse, neglect or exploitation. The following year, the YWCA in Louisville opened the commonwealth’s first shelter for those abused by an intimate partner, and by the mid-1980s, there was a shelter in all 15 area development districts.

The creation of domestic-violence orders (DVO) around the same time established a much-needed civil barrier between victims and those accused of harming them. Several years ago, the legislature built on this work by broadening the state’s protective-order system to include victims of dating violence, stalking and sexual assault.

Other related laws enacted over the past three-plus decades range from increasing training among law enforcement and toughening punishment for repeat domestic violence offenders to keeping insurance companies from discriminating against battered victims and ending an extensive backlog of untested rape kits. Kentucky was also the first state in the nation to notify those with a DVO that the offender had bought a gun or had been released from jail, and we also have a center at the University of Kentucky dedicated to studying ways to reduce violence against women.

BR 407 continues that work by helping to alleviate some of the pressure for Kentuckians who must leave their place of employment due to intimate partner abuse, sexual assault, or stalking. It would keep their coworkers safe, and provide some stability for their children.

As lawmakers, we must recognize the broad impact that abuse has on our families, and provide lifelines whenever and however we can.

If you are being abused or know someone who is, please do not hesitate to call those who can provide immediate assistance. The National Domestic Violence Hotline is (800) 799-SAFE (7233), and the Kentucky Coalition Against Domestic Violence has a lot of information as well, including numbers for our regional shelters. It can be found online at KCADV.ORG. For immediate emergencies, do not hesitate to dial 911.

If you have any questions or comments about this or other issues affecting Kentucky, let me know. You can email me at Nima.Kulkarni@lrc.ky.gov, while the toll-free message line for all state legislators is 1-800-372-7181. 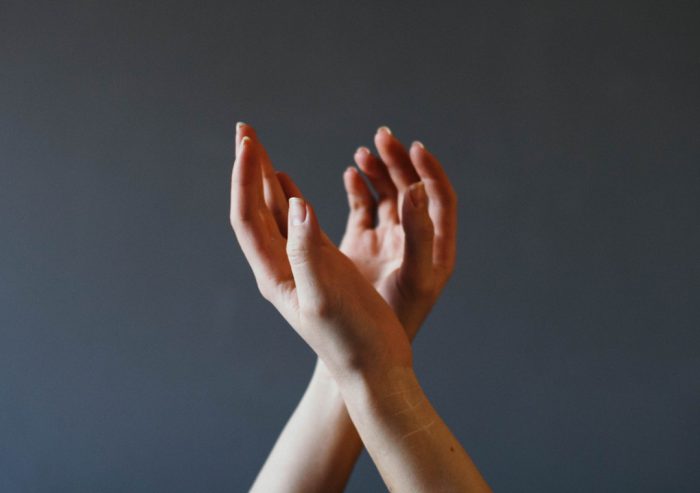 During the September meeting of the Interim Joint Committee on Economic Development & Workforce Investment, Representative Samara Heavrin and I presented legislation that would allow those experiencing domestic, dating, sexual, or stalking violence to be eligible for unemployment benefits. I have filed this bill each session since 2019, and will be prefiling it again in October, during Domestic Violence Awareness Month.

The bill ensures that a survivor of domestic, dating, sexual, or stalking violence who leaves work, or is unable to work, or separated from employment due to circumstances directly relating to that violence will still be eligible for unemployment benefits when the survivor:

Employees of the KY Office of Unemployment Insurance will be trained on domestic, dating, sexual, and stalking violence and benefits applications.

The Secretary will send an Annual Report to LRC of the number of claims filed.

We heard powerful testimony from Tanya Thomas, Executive Director of the Springhaven Domestic Violence Program, Jillian Carden, Executive Director of Silverleaf Sexual Trauma Recovery Services, Katie Showalter with the University of Kentucky. This legislation is the result of ongoing collaboration with the presenters, as well as the Kentucky Coalition Against Domestic Violence, the Kentucky Association of Sexual Assault Programs, and the Kentucky Center for Economic Policy.